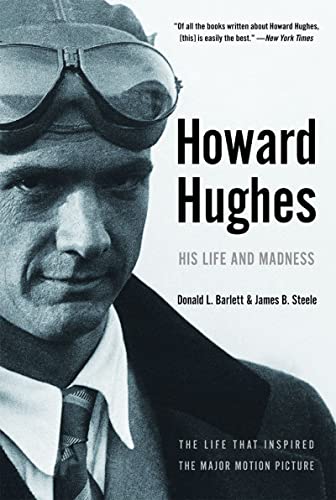 Howard Hughes's life can make us think of those of John D. Rockefeller, Henry Ford, and Andrew Carnegie. Heir to one of the world's largest manufacturers of oil tools at the time, the world lay at his feet at just 18 years old. After the sudden death of his parents, Howard had to grow up fast. He had no interest in stepping into his dad's footsteps, however, and instead changed the business to cater to his passions: aviation and film-making.

Hughes has shrouded himself in mystery for most of his life - partly due to the public attention he received, but mostly because of his troubled character. In 1979, three years after Hughes's death, Donald L. Barlett and James B. Steele took it upon themselves to provide a thorough account of his life.

Do the impossible, because nearly everyone has told me my ideas are merely fantasies.