Iconic hairstylist Sam McKnight shares his experience and the timeless lessons he learned from his successful career as a high-fashion session hairstylist. 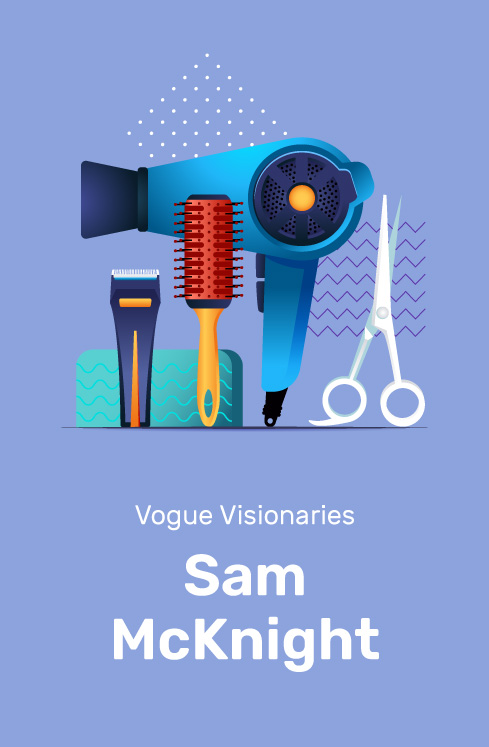 Chanel, Fendi, Vogue, Balmain, Burberry, Tom Ford, and many more, have called on Sam McKnight to create memorable hairstyles for catwalks as well as editorial and advertising campaigns. McKnight is known to many as the original session stylist and has received the Lifetime Achievement Award at both the Scottish Fashion Awards and Creative Head Awards.

In this third installment of the British Vogue and YouTube's Vogue Visionaries series, McKnight shares his inspiring story. Although he had initially trained to be a teacher, McKnight made a daring career transition into the hairstyling industry. Starting out as an assistant at a local hairdresser's in his native Scotland, McKnight's commitment to hairstyling led to him becoming one of the most celebrated stylists of our time.

By sharing his story, McKnight delivers insightful lessons on the path to success in the hairstyling industry. He unpacks everything you need to know; from networking for career development to hair kit essentials for some of his most unforgettable looks.

The thing about doing hair is you are learning a skill, and I think it's really important to learn a skill. And for me learning that skill at a really young age, from a very humble beginning, has brought me to places I never imagined I would be.