James Romm brings the works of Roman Stoic Seneca to a modern audience in a book that ponders and prescribes how to mentally prepare for life's inevitable journey: death. 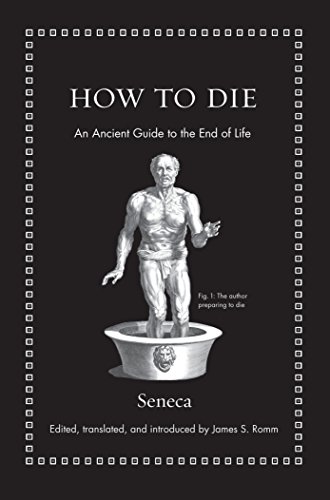 The question of how to cope with death has plagued humanity since the dawn of time. The ancient philosopher Seneca cut to the heart of the question of death with viewpoints that forever changed the way humanity lives with dying.

Seneca was a Stoic philosopher and political figure born in 4 BC, serving as a statesman under Emperor Caligula and advisor to Emperor Nero. Seneca was ordered to commit suicide in 65 AD due to the widespread belief that he was complicit in an assassination plot against Nero.

How to Die is comprised of Seneca's teachings, presented and annotated by James Romm, professor of Greek and Roman culture at Bard College, NY, to integrate seamlessly with modern life. In How To Die, Seneca preaches a head-on approach when dealing with one's mortality, and explains how to face the unknown fearlessly.

Some arrive at death in a rage, but no one greets death's arrival cheerfully, except those who have long prepared for it.