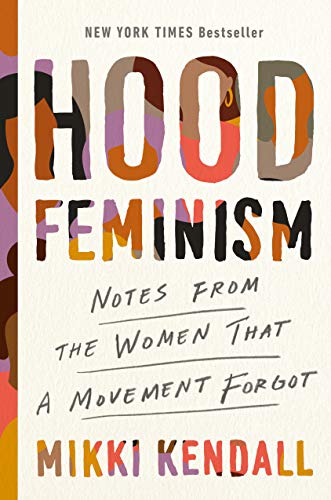 Hood Feminism is a critique of the modern feminist movement and how it fails to include the major social and economic issues that affect women of color.

The feminist movement has done a lot for women's political liberties over the past century, but it has for a long time had a blind spot for the socio-economic needs of working-class women, BIPOC and LGBTQ+ communities, and women with disabilities. While third-wave feminists raised some of these issues during the 1990s, questions of safety, food insecurity, access to education, and medical care are still overlooked in mainstream feminist discourse today.

Mikki Kendall is an activist, public speaker, and New York Times bestselling author. Her work focuses on race, intersectionality, feminism, media, and the politics of food. Her articles have been published in The Washington Post, The Guardian, Time, and The Boston Globe.

Hood Feminism is a collection of essays, published in 2020, in which Kendall tackles the ways in which feminism failed to address the issues faced by women from marginalized groups, especially women of color.

"Being skeptical of those who promise they care but do nothing to help those who are marginalized is a life skill that can serve you well when your identity makes you a target."