This inspirational documentary brings us closer to the remarkable Malala Yousafzai, the teenage activist for whom being shot in the head by the Taliban led to international fame and a Nobel Peace Prize. 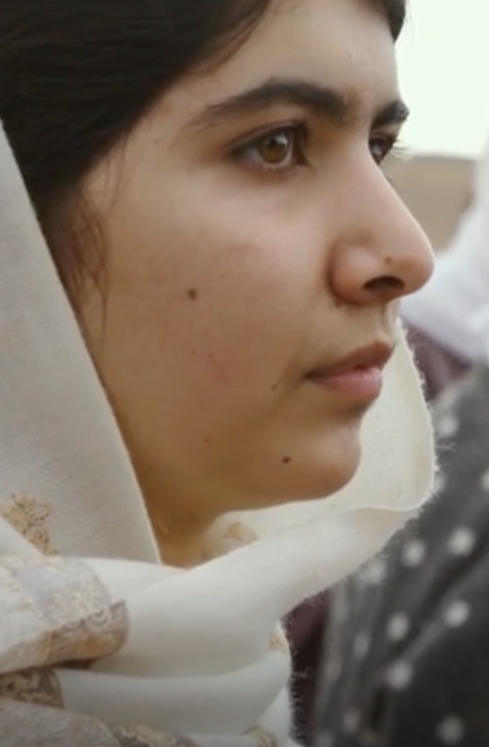 Malala Yousafzai is world famous for being remarkable, but less is known about her everyday life. This documentary covers everything that put Malala on the world's front pages and adds three enlightening perspectives: the influence of her father, the resonance of her name, and her surprisingly 'normal' family life in England. Malala says that she tells her story 'not because I am unique, but because I am not,' referring to the 66 million girls around the world denied an education, just as the Pakistani Taliban attempted to with her.

Malala's father named her after a mythical girl who used words to inspire a fading Afghan army to defeat the British – and was herself shot dead. Mr. Yousafzai's example of building and running a school, refusing to stop even when threatened with his own death, provided the fuel that would propel his daughter to become a global inspiration.

Malala may be incredibly bright and eloquent, but that doesn't stop her from teasing her brothers and getting shy around a picture of Roger Federer. Previously known for documentaries like An Inconvenient Truth and Waiting for Superman, with his new film Davis Guggenheim adds a moving personal angle to the heroic girl whose name is known worldwide.

It was not a person who shot Malala. It was an ideology.