Gotta Get Theroux This Summary 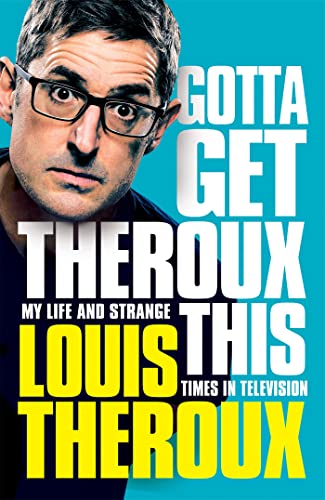 Award-winning documentary film-maker Louis Theroux lifts the lid on his extraordinary life and career, from his unusual childhood, through romance and fatherhood, to San Quentin and Scientology.

Louis Theroux has one of the most distinctive on-screen personalities, at once awkward and at ease. The book's title is lifted from the array of merchandise that has sprung up independently of Louis: you can find 'Get Theroux This' on T-shirts or mugs of your choice. Choosing someone else's weak pun to title an autobiography is typical of the Theroux style. No one would have advised him to do it, but he does it anyway - and, somehow, it kind of works.

The first-person narrative follows young Louis from his unusual childhood in London, his early ambitions, and being taken on by Michael Moore for his big break. Both Theroux's US and UK-based output receive equal attention, while his self-deprecating, candid accounts of romance and parenting form the spine that shapes his story.

"Making a documentary is like surfing. I imagine. I don't surf."