Good As You is a vividly written insider's look at the activism, love, and support of Britain's gay community at the turn of the 21st century. 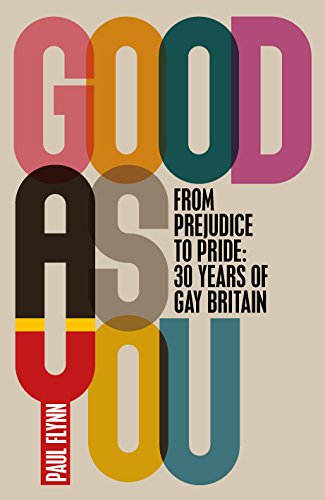 Journalist Paul Flynn came of age and came out as gay in Britain during the 1980s, an era when it was still dangerous to do so. As a cultural critic writing for LGBTQ+ magazines, Flynn had a front-row seat to the most important legal and social triumphs of the LGBTQ+ community in the past several decades. Good As You: From Prejudice to Pride — 30 Years of Gay Britain is woven with autobiographical threads from Flynn's life and journalism career, including dozens of interviews with some of Britain's most famous and influential gay men and activists. Told through the glittering lens of Britain's pop culture from 1984 to 2014, Flynn elegantly probes the social, political, and cultural dynamics that propelled the gay community from 'enemy to friend of the state.'

The early choice from where I was sitting ... looked something like this: don't act on being gay and be unhappy, or act on it and end up beaten up, slagged off, laughed at and almost certainly dead.