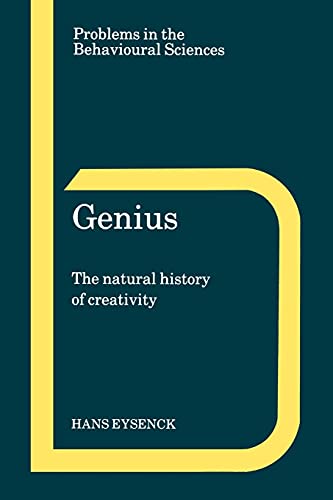 Genius and creativity are arguably the two most nebulous enclaves of human intelligence. While many seek out genius and several claim to offer it, few understand what makes a genius and what fosters their creative output.

Various routes have been traced in this quest for the origin of genius, such as cultural, socio-economic, pedagogical factors, or IQ and genetic composition. The well-known psychologist Hans Eysenck, building on a lifetime of research, sought to address this question using an evidence-based approach. Genius was published in 1995.

Eysenck, who died in 1997, held dubious views - since disproved - on a number of subjects, including race, illness, and IQ. An inquiry on behalf of King's College London has since found his papers to be 'incompatible with modern clinical science.' Since 2019, a large number of his papers have been retracted as they were deemed 'unsafe.'

Genius is characterized by a very rare combination of gifts, and these gifts function synergistically.