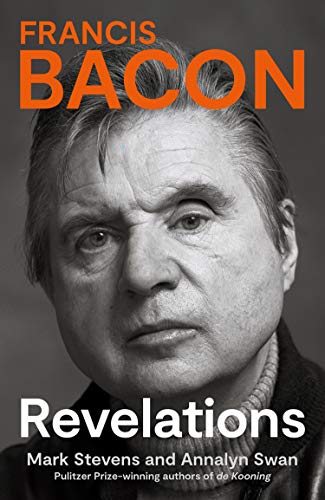 Born in 1909 in Dublin, Francis Bacon would come to be one of the most canonical British painters of the 20th century. Ever since his sudden entrance into the art scene in 1945, Bacon's paintings have continued to exercise a powerful influence and awe over audiences, critics, and fellow artists alike. Revolving around the human form, the paintings depict it as never before: undeniably animal and grotesquely vulnerable.

Annalyn Swan and Mark Stevens are a writing duo and previously won a Pulitzer Prize for their biography of the American painter William De Kooning. Stevens, an established art critic, and Swan, a former Princeton University professor, have assiduously collated various sources from every aspect of Bacon's life. Spanning family members to spectators, Soho to Tangier, Revelations presents one of the most exhaustive depictions of an art icon.

"He was no less interested in airing out the larger 20th-century closet, exposing the intractable darkness he found behind the comforting covers of enlightened science, traditional religion, and modern art. The animal remained, as ever, inside the man."