In his own words, Eddie Maher tells the story of how he committed one of the most notorious heists in British history — and how he got away with it for nearly 20 years. 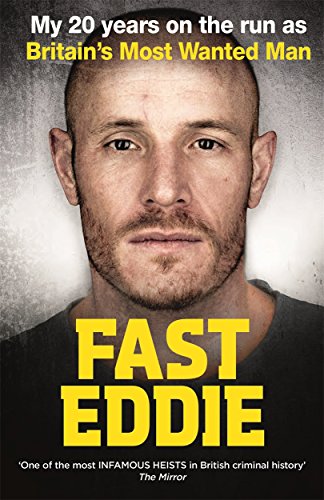 One Friday morning in January 1993, a cash transfer van drove slowly away from a bank in Felixstowe, England. Inside the van sat security driver Eddie Maher, his partner's uneaten lunch, and £1.2 million in cash. Almost immediately, the story became a sensation — 'Fast Eddie', as the newspapers called him, was heralded as a criminal mastermind, and became the UK's most wanted man. But no one knew the real story behind the heist.

Eddie Maher is an author and former fugitive. In Fast Eddie, he tells the full story behind his audacious crime for the first time. Maher reveals the truth of why he did it, how he got away with it, and what happened when Britain's most wanted man was found two decades later in a Missouri motel.

I was like Robin Hood, except ... I stole from the rich and gave it to the crooks who made me do it. But you can't let the details get in the way of a good story, can you?