Erdoğan's Empire is a commentary on Turkish President Recep Tayyip Erdoğan's career, the rising tide of political Islam in Turkey, and its strategic position between Europe and the Middle East. 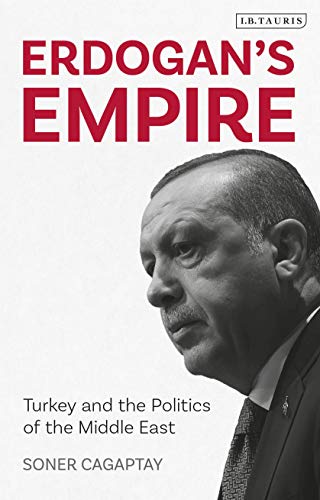 Kemal Atatürk and Recep Tayyip Erdoğan are two opposing figures of Turkish politics; but both have been equally consequential in redefining the Turkish identity.

In Erdoğan's Empire, Turkish-American political scientist and historian Soner Çağaptay tells the story of the rise of political Islam in Turkey with the emergence of President Erdoğan's Justice and Development Party, or AKP. Çağaptay also analyzes Erdoğan's domestic and foreign policies since his coming to power in 2003.

Çağaptay is a U.S.-based Turkish historian with expertise in Turkish-U.S. relations, Eastern European politics, and Turkish nationalism. Çağaptay earned a Ph.D. in history from Yale University and has since been teaching courses on Middle Eastern and Eastern European politics at Yale, Princeton University, and Georgetown University. Çağaptay's other works include A Sultan in Autumn, Who is a Turk?, and The New Sultan.

The cocktail of 'Ottomania' distills, ultimately, to a single assumption: that Turkey's 'genuine' identity resides somewhere in the recesses of its Ottoman past.