Empty Planet explains why overpopulation alarmists are wrong, and how depopulation poses the more imminent threat to the happiness of humanity. 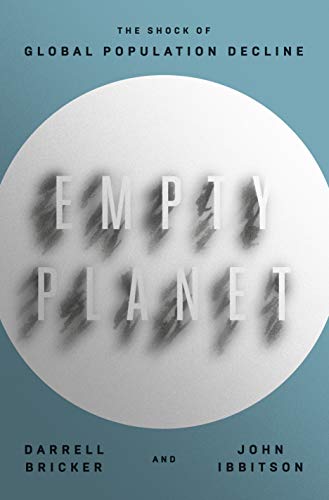 Have you ever sat in rush hour traffic or shopped for an apartment and thought, "Wow, there are just too many people on this planet"? If so, you're not alone. For hundreds of years, both professionals and regular people have worried about overpopulation.

It's easy to imagine what might happen when the number of people on Earth swells. More individuals means more mouths to feed, roofs overhead, and trash. If we don't rein our numbers in, worse forces like climate change, famine, or war will do it for us.

In contrast, it's harder to see what might be challenging about a declining or stable but smaller population. Empty Planet: The Shock of Global Population Decline explores this question. Canadian authors Darrell Bricker and John Ibbitson argue that aging and low fertility will cause massive change to the human population - and sooner than we think.

Will we struggle to preserve growth, or accept with grace a world in which people both thrive and strive less?