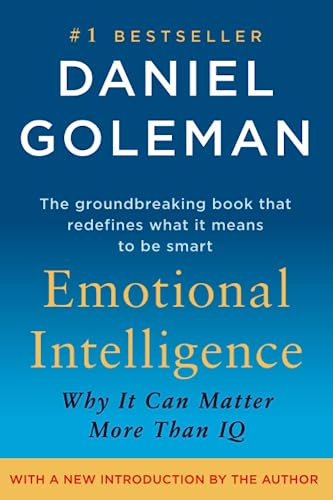 Emotional Intelligence shows you how emotions both help and hurt your ability to navigate the world, providing practical advice on how to improve your emotional intelligence and why it's the key to leading a successful life.

Emotions are a funny thing. We all feel them, but some of us handle them a lot better than others. Being emotionally intelligent is an invaluable skill as it helps you to understand not only how you're feeling, but to read how others might be getting on as well.

Daniel Goleman is a psychologist, behaviorial scientist, and writer for the New York Times. He's written countless books, but Emotional Intelligence: Why It Can Matter More Than IQ might be his most popular, having sold over five million copies worldwide and translated into 40 languages. In this book, Goleman explains that two separate minds live in our brains: one rational and one emotional, and that our emotional 'literacy' is in fact a bigger predictor of happiness and success than IQ.

"In a very real sense we have two minds: one that thinks and one that feels."