Pulitzer Prize-winning author Steve Coll examines what preceded 9/11 with an account of the U.S. response to the terrorist attacks, the clandestine operations of the C.I.A., and Pakistan's Inter-services Intelligence Directorate. 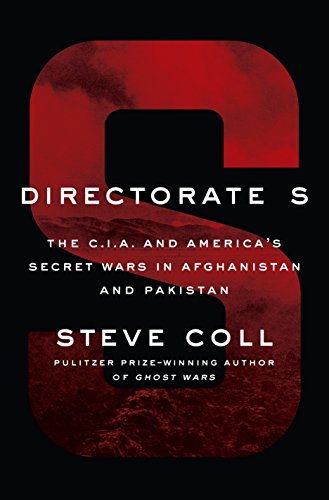 In the aftermath of the September 11, 2001, attacks, the U.S. embarked on a global effort to find and destroy Al-Qaeda and prevent future attacks from happening. Among the nations whose assistance the U.S. most needed was longtime ally Pakistan, which also happened to be a patron of the Taliban regime sheltering Osama bin Laden.

Steve Coll is a staff writer for the New Yorker and dean of the Columbia University Graduate School of Journalism. Coll has received multiple honors for his detailed investigative journalism, including two Pulitzer Prizes and a Robert F. Kennedy Journalism Award.

In this book, the seasoned reporter delves into the conflicting interests of the C.I.A. and Pakistan's Inter-services Intelligence Directorate. Directorate S tells the gripping story of a war of influence, control, and violence spanning the Bush, Obama, and Trump administrations.

Hardly anyone in Washington or at the C.I.A.'s Counterterrorist Center reflected on the Taliban's political fate or how the movement's exclusion from the country's new politics might later create a backlash.