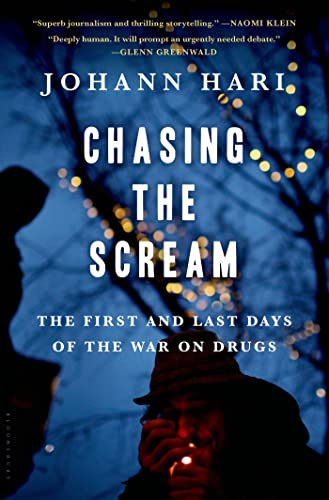 Chasing the Scream is a scathing review of the failed war on drugs, explaining its history with surprising statistics and identifying new ways that we can think about addiction, recovery, and drug laws.

It's been 100 years since most countries criminalized drugs, marking the beginning of what we know today as the 'war on drugs.' Though politicians have waged war on drugs by making them illegal, drug-related deaths in the U.S. have nearly tripled since 1990. This war has proven to be ineffective and has cost countless lives.

Author Johann Hari set off on a three-year 30,000-mile journey to find out why this drug war has proven to be so devastating. Hari discovered that the key lies in the way we perceive drugs and addictions – we've been looking at it all wrong. It's a human issue, not a criminal or statistical one, and should be dealt with as such.

In this book, Hari lets you in on the unknown stories of the people around the world whose lives have been affected by this punitive approach to drug control. If we were to approach addiction from a medical and human standpoint rather than a punitive one, drug use would decrease, and many lives would likely be saved.

"The opposite of addiction isn't sobriety. It's connection."