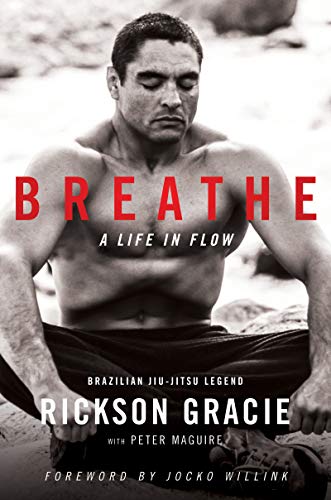 Fighting is woven into the blood of the Gracie Jiu-Jitsu dynasty. Rickson Gracie is an undefeated Jiu-Jitsu and mixed martial arts legend who descends from a long line of Brazilian and Scottish warriors. From ancestor Archibald Gracie III, who served under Robert E. Lee in the American Civil War, to Rickson's grandfather Gastao Gracie, who introduced his sons Carlos and Helio to combat, the Gracies were born to fight. The Gracie brothers, Rickson's father and uncle, paved the way for Brazilian Jiu-Jitsu in the middle of the 20th century.

With such a strong family history of fighting, Rickson Gracie was born to be a fighter. Breathe is the story of Rickson's life, from his biggest wins to his lowest points, and the lessons of Jiu-Jitsu that took him through it all.

Happiness is not a static thing. You have to work at it by confronting and overcoming challenges.