Born To Run explains both the natural benefits of long-distance running, and how we can become better runners too, based on several years of research, experiences, and training. 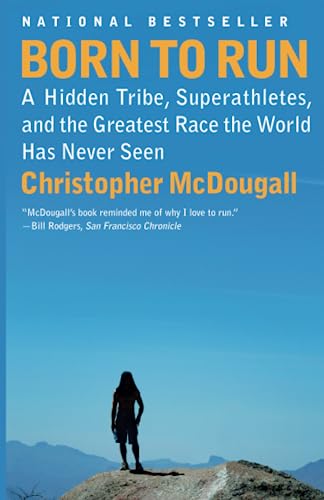 Some people enjoy running marathons. We often can't understand why they seem to run long stretches with ease while we struggle just to run a few miles. Maybe you think these people are crazy, and have 'superhuman' abilities. But what if you knew that you are capable of running long distances too?

As wild as it sounds, we are physiologically built to run great lengths. The human body has gifted us with all the tools we need to run for hours. All we need to do is dedicate the time and patience to train.

Christopher McDougall is an author, journalist, and TED speaker, and of course, an avid runner. It wasn't always easy for him, though. He suffered from a painful foot ailment that doctors said would prevent him from ever running again.

In search of a remedy, he found the Tarahumara Indians of Mexico, who are the best distance runners in the world. From them, he learned the healing effects of barefoot running, and that the secret to becoming a talented distance runner is remembering to love it.

McDougall's book Born to Run: A Hidden Tribe, Superathletes and the Greatest Race the World Has Ever Seen is credited for sparking the barefoot running movement. In it, you'll learn the secrets of the best runners in the world, and how you can become a superathlete too.

If you don't think you were born to run, you're not only denying history. You're denying who you are.