Black Flags is a gripping account of the rise of the Islamic State of Iraq and Syria, or ISIS, one of the world's deadliest terrorist groups. 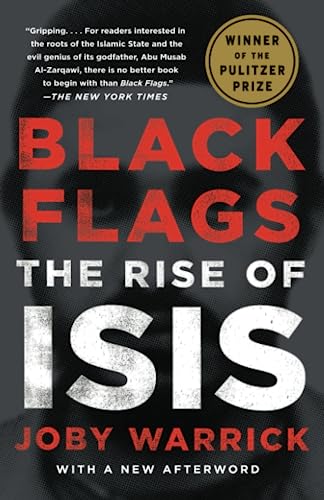 The Islamic State of Iraq and Syria was never a nation, yet it occupied international security media outlets during most of the 21st century's second decade.

Since 1996, Pulitzer Prize-winning American journalist Joby Warrick has been working as a national security reporter for the Washington Post, mostly covering the Middle Eastern conflicts and terrorism. In Black Flags, Warrick reports the motivations, successes, and failures of the world's most notorious terrorist organization, the Islamic State of Iraq and Syria, most commonly known as ISIS. Warrick exposes the complex political and religious factors that led to the growth of the terrorist organization and the impact it's had on the Middle East and the rest of the world.

In deciding to use the unsung Zarqawi as an excuse for launching a new front in the war against terrorism, the White House had managed to launch the career of one of the century's great terrorists.