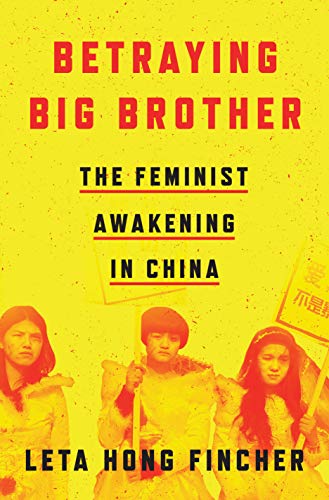 China's Communist regime has survived for more than 70 years. During the presidency of Xi Jinping, gender equality in China dropped to an all-time low. On March 8, 2015, Xi Jinping hosted an event on women's rights for the UN. Simultaneously, Chinese authorities arrested five young female activists for distributing stickers against sexual harassment on public transport. The five feminist activists were interrogated, threatened, and detained by Chinese authorities for 37 days.

Leta Hong Fincher is a Chinese-American journalist, feminist author, and scholar. Her work has been featured in The Economist, The New York Times, and The Wall Street Journal.

2018's Betraying Big Brother is based on Hong Fincher's interviews with prominent Chinese feminists, activists, and human rights lawyers. The book tells the story of China's feminist movement and its fight against authoritarianism. It spans the women's liberation activists who helped build the People's Republic of China, to contemporary grassroots efforts.

The feminist resistance may yet have the potential to become China's most transformative movement in the long run - provided that any social movement is allowed to exist.