Learn how Steve Jobs evolved from a brilliant but self-sabotaging young CEO into one of the most iconic figures in corporate history. This biography is written with first-hand access to Jobs' entourage and former colleagues. 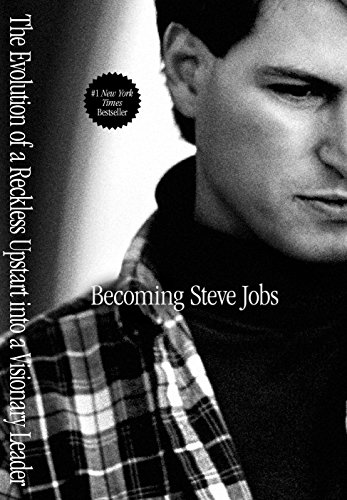 Apple's founder Steve Jobs was referred to by many as a 'genius a**hole.' However, this analogy overlooks one of the most important parts of his story. Without learning to manage the personality flaws that sabotaged his early career and led to his humiliating departure from Apple, Jobs could never have become the icon who revolutionized consumer technology.

Brent Schlender is a technology journalist who knew Jobs for over 25 years and whom the entrepreneur counted as a friend. Rick Tetzeli is a writer, editor, and former executive editor of Fast Company. In Becoming Steve Jobs, the pair chronicle his remarkable life and how the CEO learned to become both a better manager and a gentler character.