Based on a True Story is a semi-fictional memoir from stand-up comic and writer Norm Macdonald. 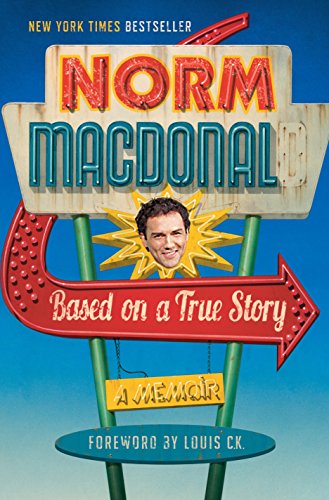 Norm Macdonald lived and died as a stand-up comedian. Despite the difficulty of making it in comedy, Macdonald spent most of his comedy career on the road doing stand-up in the U.S. and Canada.

Macdonald is best known for his work on Saturday Night Live during the 1990s. His time on TV allowed Mcdonald to sneak around the edges of show business for quite some time, rubbing elbows with the big stars.

Based on a True Story is a fictionalized memoir of sorts. Staying true to his relentless style, much of the book is made up, and some of it nonsensical, but it reflects Macdonald's life and legacy in the way he saw it.

If they flat-out recognized me, they'd laugh and dance like they'd won a prize, and I'd just stand there and smile and feel warmth from their love.