Anything You Want Summary 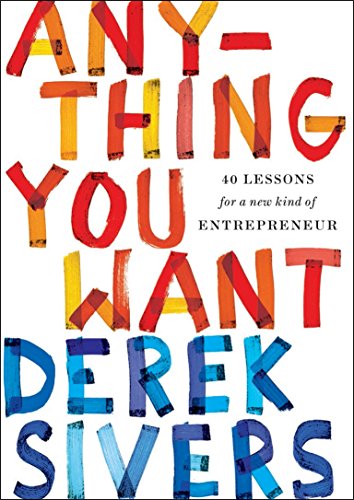 Anything You Want teaches you how to build a business that's based on who you are, and can become anything you want it to be, rather than following the traditional paths of startup or corporate culture.

On Tim Ferriss's homepage, there's a testimonial from The New York Times calling him: "A cross between Jack Welch and a Buddhist monk." If that's true, then Derek Sivers is a cross between yet another Buddhist monk and Tim Ferriss. He's got the same creative approach to life and experimental entrepreneur mindset, but another two levels quieter.

Anything You Want is Sivers's book, full of gems of advice to entrepreneurs, based on his success in creating, growing, and eventually giving away CD Baby in exchange for a $22 million check, which then went into a charity for music education.

"Most people don't know why they're doing what they're doing. They imitate others, go with the flow, and follow paths without making their own."