Abundance shows you the leading technological trends being developed today in order to give you a glimpse of a future that's a lot brighter than you think, and help you embrace the optimism we need to make it happen. 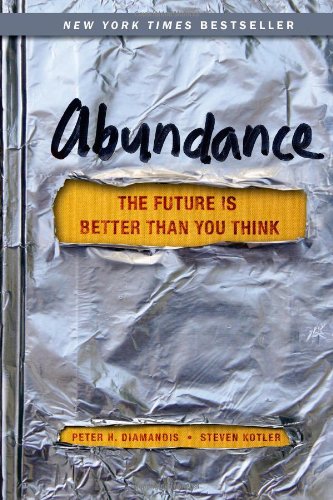 Published in 2012 by Peter Diamandis and Steven Kotler, Abundance was an instant success with techies, entrepreneurs, and science-fiction fans. Contrary to what the news tells you, the world isn't in such bad shape, and after reading this, you'll see why.

Abundance is a snapshot of the future, and a primer for anyone who doesn't feel too optimistic about it. It was followed by Bold in 2015 from the same two authors, which helps businesses create more of the technology we need to make it happen.