The uplifting true story of an unlikely friendship between a man and a street cat, and how feline friends can save our lives. 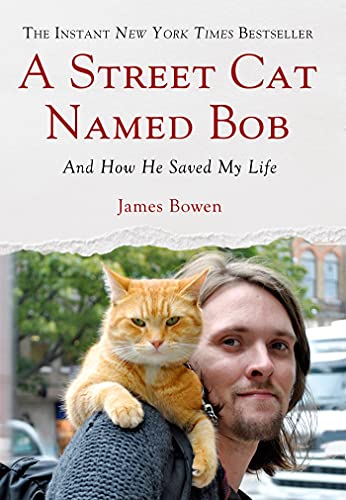 James Bowen's life changed forever when he stumbled across an injured, ginger tomcat in a half-lit hallway outside his flat. Despite having little to offer, Bowen decided to name the cat Bob and take him in, very quickly realizing how much Bob had to offer him.

Bowen had a tough life; he was born in England but grew up in Australia where he lived a nomadic existence with his mother and stepfather. Bullied at school, Bowen quit education in his mid-teens and started doing drugs in order to escape from reality. What began with sniffing glue eventually morphed into heroin use. Just before meeting Bob, Bowen had secured a small flat in Tottenham after spending a period of time on the streets of London.

Bowen spent a lot of his life failing to take the chances he was given, but Bob inspired him to change his life for the better.

We are all given second chances every day of our lives. They are there for the taking, it's just that we don't usually take them.