A whistle-stop ride through two millennia of one of the world's greatest cities, setting London's fascinating paradoxes in their historical, social, and global context. 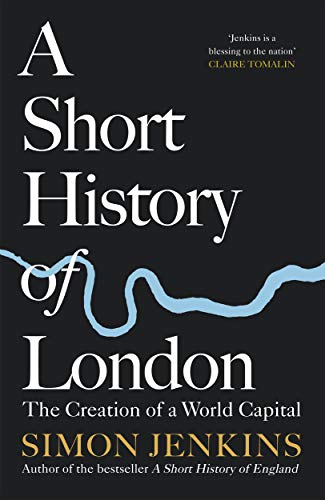 If you've ever tried to make sense of the quaint quirks of a London bus route or find the apparently mythical 'City of Westminster' on a map, let Simon Jenkins be your guide. Lifelong Londoner Jenkins has edited the city's Evening Standard and Times newspapers, and served on bodies concerned with the planning, conservation, arts, and transport of his hometown.

The book, published in 2019, sets out to explain how and why London became the center of a global trading empire before evolving into the world's financial kingpin.

Racing from Roman Londinium to present-day London via chroniclers including authors Geoffrey Chaucer and Charles Dickens, the book uncovers the depths and secrets of one of the biggest cities in the world. The Great Fire, the Swinging 1960s, and the 'Big Bang' all play their part in the tapestry of what's always been a magnetic human melting-pot.

The coolest city on the planet … a hip compromise between the nonstop newness of Los Angeles and the aspic-preserved beauty of Paris.