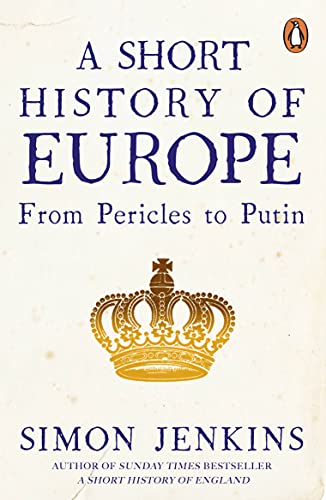 Europe has a shifting definition. Its current borders accommodate Atlantic islands to the west and parts of Russia and Turkey to the east, while Israel is a regular contestant in the Eurovision Song Contest. The continent is home to just a tenth of the world's population but accounts for half of global spending on welfare. Europe's cultural influence is still pervasive worldwide, most obviously in the Americas and Australasia.

Simon Jenkins is a British journalist and bestselling historian with a knack for distilling complicated plot strands into a cohesive, easy-to-follow narrative. From the Greek myths to the latest movements on Europe's eastern borders, A Short History of Europe: From Pericles to Putin races through millennia of disparate neighboring cultures to place European current affairs in their historical context.

The art of history is not just of remembering, but also of knowing what to forget.