A Short History of Brexit explains both the long-term and short-term factors that led a narrow majority of British people to vote for leaving the European Union in 2016. 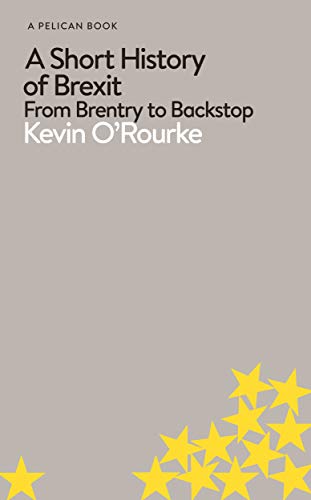 From the outside, Brexit may look like the familiar phenomenon of a populist desire to give 'the establishment' a bloody nose – but there's a lot more to it than that. If you've found yourself scratching your head over why a small island nation would voluntarily impose economic sanctions on itself, history can provide some persuasive answers.

Kevin O'Rourke is an Oxford professor of Economic History and the former Research Director of the Centre for Economic Policy Research. Swiss-born to Irish and Danish parents, and strongly European in both his life and career, O'Rourke is nonetheless professionally dispassionate in his explanation of how and why Brexit prevailed.

A Short History of Brexit helps us understand why Britain decided to turn its back on the world's largest free trade area, with a truckload of patriotic optimism but no clear plan. With clarity and depth, O'Rourke examines a decision whose true impact is just starting to be felt.

Reality has branching histories, not 'a big why.'