Former President Jimmy Carter looks back on ten decades of American life, his lived history and his multifaceted career. 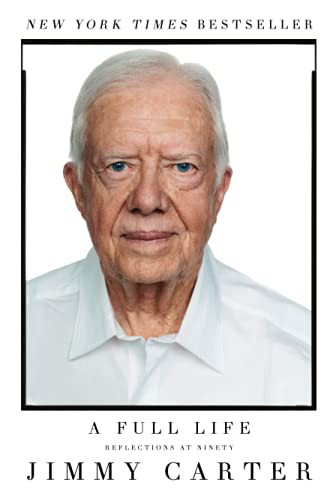 President, professor, mediator, humanitarian, governor, advocate, naval officer – Jimmy Carter has done more for the world than most of us might think. And he did nearly all of it with no clear idea of what to do next, following instincts and the guidance of those he met along the way.

Hailing from a modest background, Carter became the 39th president of the United States in 1977, serving in the role until 1981. Throughout his career, the Democrat fought for racial equality and human rights, seeking to create a better, fairer world for all American citizens.

In his latest memoir, Carter shares details of lesser-known parts of his life such as his years in the Navy, what he regrets from his presidency, and his growing understanding of and fight against racism.

The life we have now is the best of all. We have an expanding and harmonious family, a rich life in our church and the Plains community, and a diversity of projects at The Carter Center that is adventurous and exciting.