A Beautiful Mind tells the fascinating story of the mathematical genius, mental illness, and miraculous recovery and success of John Nash Jr. 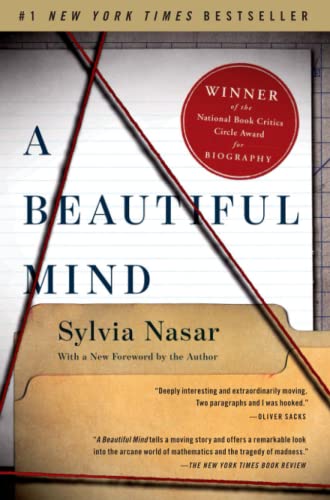 A lot of us have seen the movie, A Beautiful Mind, but the story itself is just as compelling.

John Nash was a brilliant man, but his antisocial behavior was off-putting to some. Even the colleagues who found him annoying couldn't deny he was going to make a name for himself, though. Tragically, just as his career was taking off, his behavior became more erratic and obsessive. His world came crashing down after his diagnosis with paranoid schizophrenia.

The novel A Beautiful Mind chronicles John Nash's decade-long battle with disease and his recovery. Author Sylvia Nasar brings us into the mind of a brilliant man tortured by his inability to distinguish paranoia from reality.

I've made the most important discovery of my life. It's only in the mysterious equation of love that any logic or reasons can be found.