In this interview, entrepreneur Caterina Fake describes how following her artistic interests led from a string of odd jobs to a creative, fulfilling career. 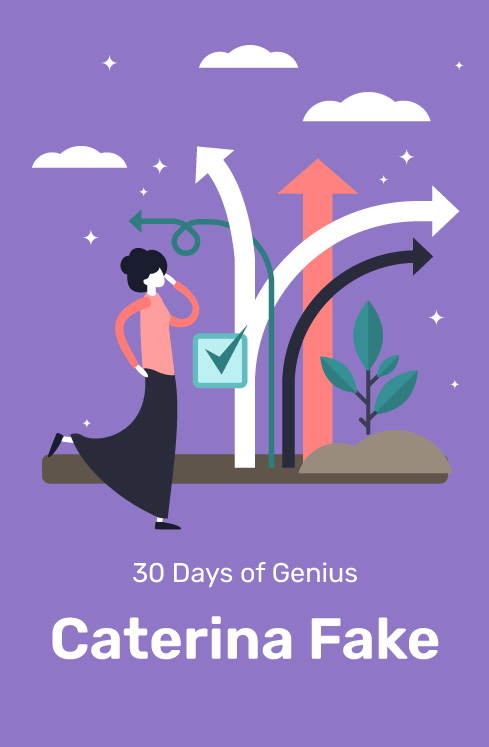 Some people seem to come out of nowhere knowing exactly what they want and how to get it. But for Flickr co-founder and Silicon Valley investor Caterina Fake, turning her creative passions into a career was a long and winding path.

In his 30 Days of Genius series, photographer, author and CreativeLive co-founder Chase Jarvis interviews some of the most compelling personalities in fields from business and sports to arts and culture. Caterina Fake is an internet entrepreneur, investor, and artist who found her creative and professional footing amid the internet boom of the 2000s.

In this interview, Jarvis and Fake discuss creative processes and how following her artistic curiosity led Fake to founding Flickr, one of the internet's early success stories.

If you don't write your own script of what you want in life, someone else will certainly write that for you.